Inflation adversely impacts the purchasing value of a Dollar. It is akin to a hidden form of taxation. The combination of taxes and inflation will then reduce a family’s Net Worth levels as time moves forward.

A person who owns hard assets like real estate and gold may benefit tremendously by owning these same assets during times of rampant runaway inflation like in recent years. However, a person who holds more cash on hand will soon realize that these same dollars will buy much fewer goods and services thanks to the declining value of their dollar today. The Federal Reserve’s “Quantitative Easing” strategies and various multi-billion and trillion dollar bailouts since 2008 have weakened the value of the U.S. Dollar considerably. The more money which is printed and added to the money supply circulation, then the further the value of that same U.S. Dollar will fall.

As I learned in past Economics courses back in college, too many Dollars chasing too few of goods will lead to rapidly increasing prices. Quantitative Easing has been a way for the USA to artificially boost or improve asset prices in the stock, bond, mortgage, and real estate markets by way of creating seemingly trillions “out of thin air” in order to help purchase more assets and drive up values such as the 16,000+ Dow Jones index in recent times.

There is a serious consequence though associated with the falling value of a U.S. Dollar. It is related to rapidly increasing consumer goods prices such as gasoline, food, clothing, shelter, and other everyday products which most Americans rely upon to survive.

As I have noted before, oil is traded in much of the world through the “Petrodollar” system (or “Oil for Dollars”). When the Dollar declines in value, then the cost of gasoline increases significantly regardless of whether demand for gasoline is rising or falling. When I think of runaway hyperinflationary time periods in the world over the past 100 years, I think first of the Weimar Republic in Germany back in 1918 to the early 1920s, and Argentina back in the late 1980s.

The Weimar Republic was established after World War I and the German Revolution, and was founded in the city of Weimar, Germany in 1918. In Weimar, a new Constitution was written, adopted, and signed so that this new Federal Republic may replace the previous Imperial Republic. One of the official names of this Republic was also known as “The German Reich.”

The Weimar Tax System was fairly weak, and many of the wealthiest Germans were able to avoid paying very much in taxes, or they may have completely avoided all taxes partly since the wealthier Germans did not respect the new German leadership very much at the time.

In spite of collecting relatively small amounts of taxes each year, the Weimar Republic spent recklessly on various public sector programs partly to try to boost the German economy once again post-World War I. The annual spending deficits exceeded the net national product by about 10% per year back in 1919 and 1920. Or, they spent about 110% of their taxes collected in these same years.

Some of the wealthiest German businessmen actually wanted a weaker German currency so that their exports would seem cheaper to foreign investors. Related to the Versailles Peace Treaty signed after World War I, many Germans also wanted a weaker German currency in order to try to reduce their financial obligations in regard to war reparations that Germany was obligated to pay out after the end of World War I.

The Weimar Economic Policy in Germany in 1919 and 1920 was somewhat similar to the USA’s Quantitative Easing policies of recent years. The Weimar Republic’s political and financial leaders back then were motivated to try to stimulate the economy, and grow it out of the country’s severe economic recession. Their strategies included recklessly spending public money (i.e., entitlement spending, etc.), “snowballing” the annual spending deficits exponentially each year, and they also tried to intentionally weaken the currency partly to improve the exports of German goods and services to other nations.

Tragically, the Weimar Republic was a bit too “successful” in trying to weaken their currency at the time back in the early 1920s. For example, a 50-million German Mark banknote which was issued in 1923 was sadly worth the equivalent of just ONE U.S. DOLLAR in the same year. Nine years earlier, this same 50-million German Mark would have been worth closer to 12 million U.S. Dollars. Adolf Hitler would then later soon rise to power after the demise of the Weimar Republic, and their runaway Hyperinflation policies.

USA: Rampant Inflation Since the 1970s In the first 60 years plus of the 20th Century, inflation seemed more contained or mild than the inflation rates after the start of the 1970s which also included the “Gas Shortages” and “Whip Inflation Now” (“WIN”) strategies created by both grassroots groups and the U.S. Congress by way of the establishment of the “National Commission on Inflation.” These groups encouraged spending less, and increasing personal savings rates.

President Gerald Ford declared inflation as “Public Enemy # 1” in a number of public speeches at the time. President Ford and his followers tried to promote the “Whip Inflation Now” strategies by handing out “WIN” buttons which were later ridiculed by many partly after inflation rates began to skyrocket in the late 1970s as opposed to declining as the “WIN” campaign was set up to promote.

After the WIN campaign began to allegedly “crush” inflation, the U.S. Dollar’s value rapidly declined and inflation levels skyrocketed. In fact, inflation increased so much that the Federal Reserve raised short term interest rates such as the U.S. Prime Rate to as high as 21.5% back in December 1980 in order to try to “quash inflation.” Real Estate: A Hedge against Inflation

Since 2012, home values have increased by double digit annual percentage each year in various regions across the USA. In spite of a continued weak job market, rising consumer and government debt levels, and declining Net Worth levels for a high percentage of Americans, home prices have increased as much as 20% to 30+ annually in recent years in areas such as Los Angeles, Las Vegas, and Phoenix.

Are Americans more optimistic about their perceptions of the health of the U.S. economy, or are they benefiting more from the declining value of the U.S. Dollar? I personally believe that more Americans would agree that the Dollar has fallen in value more so than the USA’s economy has improved in recent years. It is true that the record and near record low mortgage rates in recent years have allowed more Americans to qualify for larger mortgage loan amounts which then helped to boost home prices. However, it is still much more challenging to qualify for a residential mortgage loan today than it was back before the official start of the “Credit Crisis” (www.thecreditcrisis.net) in the Summer of 2007.

Home sales and mortgage loans funded were significantly higher back prior to the Credit Crisis than today. As demand for homes was higher 6 or 7 years ago, then home prices should have been higher back then too.

Strangely, home prices in many parts of the USA are near almost the same as median prices back in the 2003 to 2007 time periods in spite of, or because of, lower mortgage rates, more challenging loan qualification guidelines, declining numbers of home listings available for sale to the General Public, and some positive economic data released. Some years, real estate may boom 10% or 20% + in value, and other years it may fall 10% or 20% annually during severe economic recessions or depressions.

The value of the U.S. Dollar has declined an average of almost 1% per year over the past 100 years which is not positive for a person who wants to buy goods and services with their Dollar currency. Historically however, the value of a home in the USA has increased by an average of 3% per year over almost the past 100 years thanks to inflation and the rapidly declining U.S. Dollar.

The difference between holding onto cash and buying real estate can equate to a loss or gain of approximately 4% per year (or a -1% annual return for holding cash vs. an annual historic appreciation rate increase of a + 3% per year for owning real estate). While it may be wise to diversify one’s investment options, real estate can be an exceptional hedge against rampant inflation especially during times of much higher annual inflation rates like in recent years. 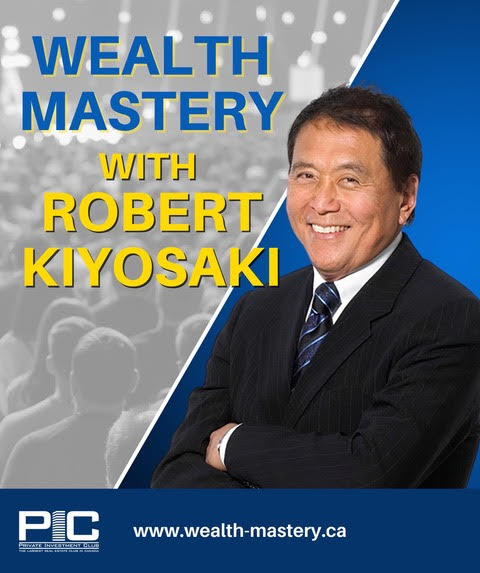