Sensei Gilliland just kicked the real estate bandwagon in half. If you want to lead, get to the gold, and keep it – read this… Real estate master Sensei Gilliland has never claimed to be a real estate investing ‘guru’. He has just put in the work, stayed focused, and refused to be knocked out.

This warrior spirit didn’t just lead him to become one of the youngest martial artists to be ranked in the nation’s top three, for five straight years. It has earned him the title ‘Sensei’ from his students, and makes him one of the few REAL Black Belt Investors.

Sensei is the founder of 12 Rounds – ‘The West’s Top Ranked Investor’s Club for Successful Cash & Wealth Building’. We asked Sensei why people keep flocking to his meetup group, and why people should do business with Black Belt Investors. He said: “In 2007 there were over 100 real estate clubs in Southern California alone. When 2008 hit that number was slashed to around a dozen; and two of those left standing were mine. Now there are even more clubs. But who will be standing when the markets flex next time?”

Of his ability to withstand the second most severe recession in our country’s history, and how that is contrasted with the other 90% who folded, Sensei says: “They were very linear in their business models and thinking, and were too busy selling retail. Everyone was just jumping on the bandwagon of these copycats.”

If you really want to try to put Sensei Gilliland to the test in today’s ring he suggests you pull out your phone and see what Google says. We couldn’t resist the challenge! Try it…Talk about ‘mission impossible’. There are pages, upon pages of Google results for Sensei Gilliland, and everything is positive. And this is a guy who says he has never worried much about SEO. Seriously, even your teenager’s toughened video gaming thumbs would probably fall off before you run out of positive reviews of this guy.

Why does Google love Gilliland? He’s got depth. He is established. He has a rock solid reputation. And he has been in the ring since before most people even thought about ever using the internet to search for a home or a home loan.

WHERE IS THIS REAL ESTATE NINJA INVESTING NOW?

Most might have heard of Sensei Gilliland for his power packed, hands on, real estate training. Yet, he is still an active investor and is in the market doing deals every day. Sensei says that while you still might catch him helping distressed homeowners and serving up sweet wholesale deals close to home in sunny Southern California, he is also working with serious investors in re-emerging markets such as Cleveland, Kansas City, Indianapolis, and Phoenix, Arizona.

Investors can check out more details and find in-depth research on these markets at: http://RemoteRehabs.com

For new investors, intelligent experienced investors, and even new gurus who don’t want to get KO’d and go belly up, Sensei extends the invitation to step up, and check out the 12 Rounds Investment Club. For information visit: http://www.meetup.com/bbinvestors/. This meetup is for those who want to enjoy long-lasting personal and financial success from their real estate investments. 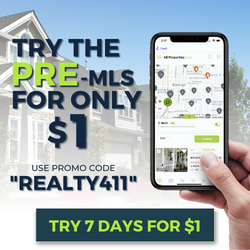